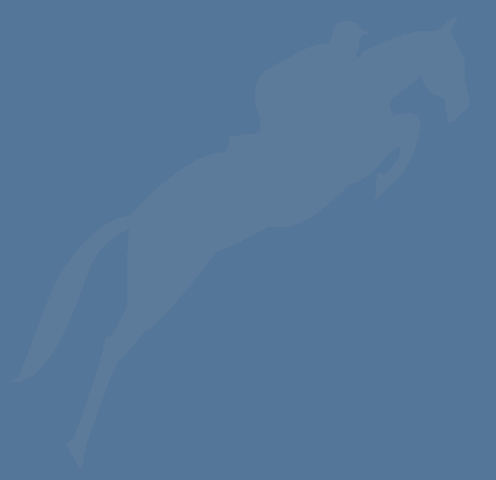 Every time you walk into a showjumping competition understand that you and your horse will be tested. The course designer is the quizmaster and it's his job to determine how talented, educated, responsive and resourceful the competitive team (you and your horse) is. He has many devices available to him and by judicious use he should get the result he wants; that the best horse and rider on THAT DAY will win the competition. Of course, I say "THAT DAY" because here in the United States at our bigger horse shows almost all the riders are capable of winning and very few are in for the school. Let's have a look at how the quizmaster works and how you can prepare for the tests, tricks and traps.

In the lowest divisions, the hopeful, training and schooling, there is usually no prize money at stake. These classes give mileage to the inexperienced showjumper. Courses for these types of classes should acquaint the novice showjumper with the types of tests and looks he will encounter later when some prize money is on the line. Of course, the course designer can't stuff every trick he knows into every course without seriously running the risk of "cooking" the novice showjumper. By "cooking" I mean giving the horse (or inexperienced rider) so much to think about that he can't relax in the ring. But, by bringing in a thought provoking problem or two followed by something simple in each course, the designer will help the novice horse or rider add to his experience and confidence throughout the show.

When designing courses for the inexperienced, whether horses or riders, it is always best to keep things simple and on stride. The different color of the jumps and the construction of the jumper fences will surely get the attention of the riders and horses who might be just coming over from "Hunterland." it goes without saying that you should practice, at home, over jumper type obstacles like planks, liverpools, triple bars, Swedish oxers and the like. All look intimidating in those early competitions. By keeping the courses simple the quizmaster gives the rider a fair chance to get a true novice around the course. Conversely, it gives a fair chance to the knowledgeable older horse to carry a novice rider around the course. It should be enough to add a jumpery question or two at this point. By this I mean, placing a jump at an awkward angle to the ring fence or creating a bending line with two or three distance options. In short, include the stuff that jumpers and equitation horses do for a living. As I mentioned earlier, after something tricky it's nice to follow with something simple. it is important at this stage to build and guard confidence.

I'd like to mention a few other important comments regarding competition at the lower levels at this point. In a lifetime spent observing American showjumping, I've never understood why the "clear round" hasn't become a popular and useful training tool as it has elsewhere in the world. The premise is quite simple. The exhibitor pays an entry fee, has a go at the course and if he jumps clear he receives a blue ribbon and places equal first. No jump-off. At the lowest levels it's probably asking enough of inexperienced horses and riders to stay calm, focused and thoughtful throughout the round. It's very likely that more horses are ruined by going too fast, too soon, than any other single cause. The "Clear Round" class is a staple, at the lower levels, elsewhere in the world but for some reason, unfathomable to me, has never caught on here in the United States. Another important point to note is that inexperienced horses should have a knowledgeable and well-practiced rider in these early stages of development. When a green horse starts to wander around a course, and they will, it's imperative to have an experienced pilot. On the other end of the scale, a green rider requires a real schoolmaster who knows his way around and can help the novice make correct rider decisions. It may not work in the art world, but in showjumping green plus green equals black and blue.

As the novice progresses to the preliminary division, the course designer's job gets a little trickier. He must still avoid, at all costs, frightening the less experienced entries in the group. But, it also time to start testing them and sorting them out for awards.

True tests of jumping ability are a big part of every jumper course and that is as it should be. While it is not always the most talented horse that wins the class, the winner must be capable of jumping the height and width in the class specifications. In keeping with this, the course designer will always have a few jumps at maximum height and width or maybe a big oxer off a tight turn or even a long gallop to an isolated maximum height vertical without a ground line. Good tests of jumping ability must be included.

Tricks are slightly different than tests but no less legitimate. These would include, but are certainly not limited to; a jump where the top rail blends visually with the ring fence, changing jump construction from well-filled to airy and vice versa, and use of a liverpool in combinations. In short, a trick includes a situation where the course designer tests the focus of the showjumper rather than his ability. As the horses get more comfortable in the show ring the course designer can alter the related distances. He can adjust the distance in the lines up to a yard or two and in the combinations up to a foot or two. The longer related distances lend themselves to this better than the shorter ones. you would hate to see a three or four stride line set on a half step but this is a legitimate test in a seven or eight stride line. It's not about knowing the "number" but about how that "number" applies to your horse's length of stride. Adjusting distances in the preliminary division gives the course designer a chance to test jumping ability off a shortening or lengthening stride. The trick for the rider is to be able to shorten the stride without losing power and to be able to lengthen the step without flattening. These are very fair tests of the preliminary horse and should be a part of every course. Be sure not to confuse a trick with a trap. If a trick is a jump a horse and rider should clear easily when focused, then a trap is something totally different. A trap is a jump or combination of jumps that takes a freakish effort to clear even when the horse is presented to it properly. Anybody who knows how horses jump can build a trap but nobody who likes horses or showjumping would.

In classes for horses with unrestricted earnings ie: the Children's/Adult Amateur, the Junior/Amateur Owner and the Open/Modified, the course designer can have some fun. The tests and tricks will come up fast and furious and well they should. In these classes, especially the big money weekend affairs, the first round of the competition should separate the winners from the also rans and the jump off will sort out the placings. The unprepared will learn the error of their ways. To compete on Sunday at our better shows prepare for everything tricky and all at maximum size.

From the course designer's view the courses for the Children's/Adult Amateur Classics are the toughest to design. In the Open division and now even in the Junior/Amateur Owner division the sheer size of the jumps sort out much of the pack. A badly missed distance at 4'6" or 5' is generally a rail down unless you're riding Pegasus. The Children's Adult Amateur height limit is 3'9" There are many quality horses in this division. Horses who could get "buried" at 3'9" jumps for six months before they knock one down. So when you see a course designer searching the grounds and rounding up every flat cup he can find, know that he is preparing to build for the Children's/Adult Amateur Classic. He would like to produce a jump-off of ten or less horses from a field of fifty all of whom can jump this height in their sleep. So how does he do that without demoralizing the less experienced? Well nobody said the course designer's job was easy, he's got his own tests to pass.